Recovery is a Journey~ Not a Destination

Something happened today, it’s not that I’m upset with myself, just the situation. My son came home from his father’s house this morning with an “antique.” We love old stuff, it’s something we have in common.  He knows I don’t drink, but he was too young to understand the depth of how sick I was, or maybe because we hid so much. Richie pretty much treats me like I can do anything and that I want to be babied😂 I mean it’s fine, he’s a kid and doesn’t understand. It is what it is!

Well, he came home with an old nip😳 I mean it really was the cutest thing. It was from England and said “alcohol content 98.4%” what the??? Anyway, he says he thinks someone emptied the booze and added water. He wanted to open the smallest cutest little cork and see what’s inside. You see at this point, I’m thinking he’s right and this little thing was adorable. He got it open and says "it smells funny." I said "that’s booze."

I’m fine around booze now, so I’m thinking no big deal right... He wants me to smell it and I do, oh my god. It was the strongest booze I’ve ever smelled. My stomach curdled and I got sweaty and instantly sick to my stomach. That’s never happened near booze since I got sober that I can think of.

I felt like those last few days when my body was shutting down, it was PTSD for sure. I got light headed, my blood pressure went through the roof. I had trouble breathing. It was awful. I drank some water. I sat down. I closed my eyes. I smelled that booze for hours. It finally went away. I forgot about it really🤷🏼‍♀️ and then I moved my dinner around on the plate and I got the sick sensation all over again and that smell was back in my nose. Wow! What an awful feeling and an awful memory. It definitely didn’t make me want to drink again, quite the opposite, but I can’t believe I felt so sick from it. 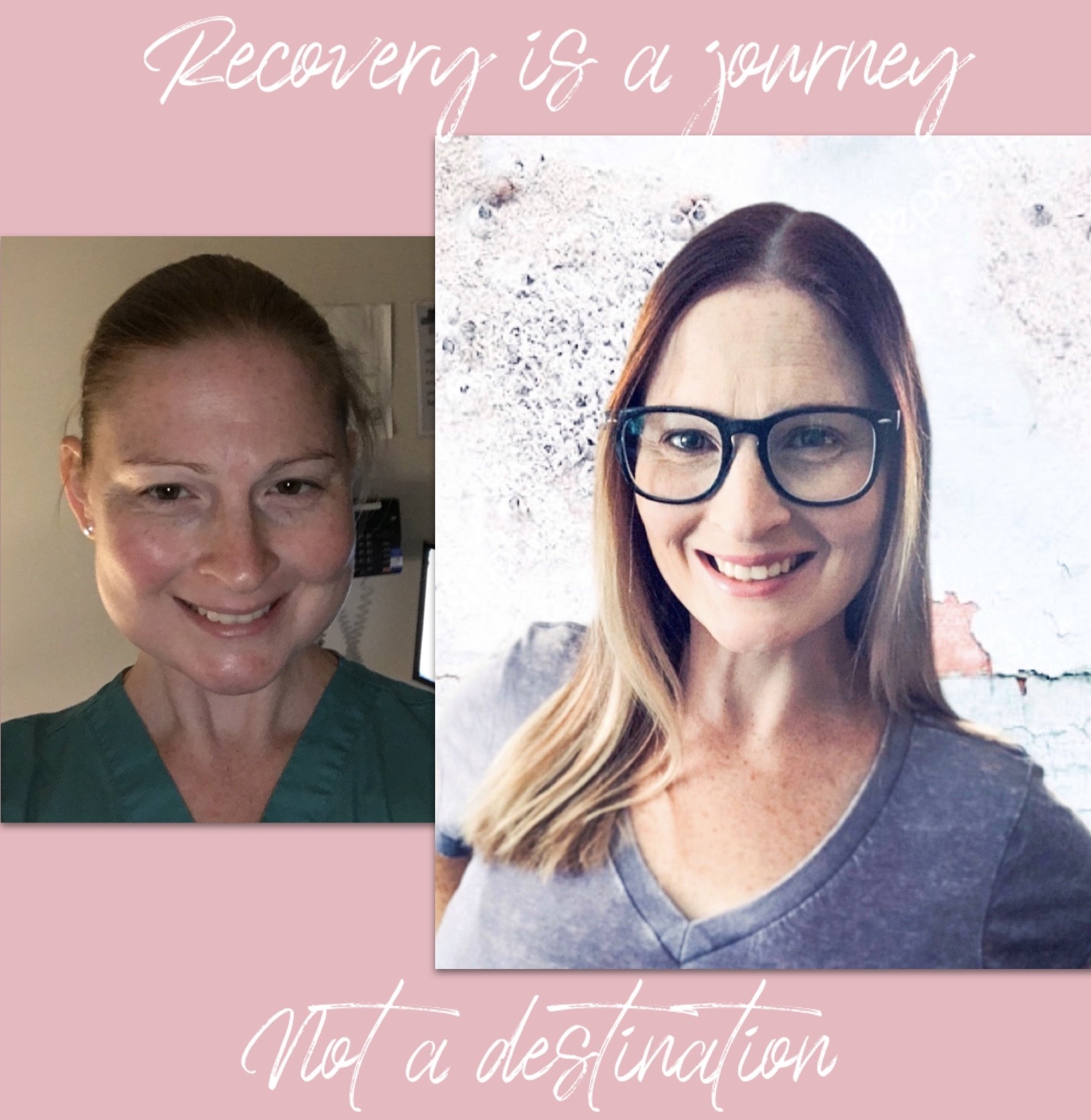 (Picture on the left is a few weeks before my all organs shut down, my face was swollen because I was in liver failure with the beginnings of cirrhosis- the liver does not make the proteins needed in the blood and fluid often seeps out of the bloodstream into the tissues... but I didn’t know until it was almost too late. Picture on the right is yesterday- literally just so happy and healthy)