I am not good with live videos. I get nervous, forget words and my voice gets jumpy. This all stems from me getting sick. Let’s back up like 5 years ago. It’s hard to say back up to right before I got sick, because I was deteriorating with alcoholism for like 6-12 months and I really wasn’t myself.

So pre-alcoholism, or actually pre-dependency... I was bubbly and happy and talkative. In high school, I was given a word limit by my English teacher, “Devin you’ve exceeded your word limit for the day,” was my most hated sentence and I was fresh. I can see all my extroverts like... “yeah, Devin, don’t let the man bring you down.” And all my introverts are just cringing.

In Spanish class, I could talk all I wanted, as long as it was in Spanish. Wouldn’t you know I made to Spanish 5 AP and almost took it as a major in college. My point... I’m a talker. But that’s not just it. I was a public speaker.

I was chosen for the leadership institute and trained on public speaking. Once, I was studying my major END (Electroneurodiagnostic Technology) in health science, I was speaking in front of rooms filled of physicians. No, that’s not a requirement of END, I just have a big mouth and got myself into projects and case studies with residents.

I’ve been able to speak to hundreds of people without batting an eye. As my alcoholism got worse, I wasn’t bubbly and turned very nasty really. I was always on edge and always worried someone was going to catch me with alcohol on my breath and I became sneaky.

Not sneaky like stealing. Sneaky in my attitude. I stopped talking about me and things that made me happy. I didn’t engage in conversations anymore; I’m sure my confidence was already fading, but at that point everything just feels so shallow, today I can’t even describe my state of mind back then.

Everyday was mundane, everyday was moving with the motions and getting to a point to stay in that fog. It wasn’t a relaxing fog, it was a screaming, crying fog. Everything kept going to shit. Atleast it felt that way.

Fast forward to actually getting sick. After I was paralyzed on my left side, I couldn’t talk good. I could say some words but it was hard to understand; I sounded as if I had a stroke. In theory that’s how my symptoms are, I didn’t have an actual stroke until a year ago.

A lot of physical therapy. “Ooo” and “eee.” Did you know you could get sweaty with speech therapy? Well you can. I did great and obviously I can speak real words now. Those first 6 months though, I didn’t speak long sentences. I spoke enough words to make my point, which is very difficult for me.

I knew what I wanted to say, althought my brain was moving faster than my mouth, only some of the words came out and I’d skip over words. That happens with typing too, so it’s not just a speech thing, there is cognitive dysfunction. There is also that confidence issue there now.

I know, you’re probably thinking... but you sound fine... that’s not how I see it though. I am not just picking on my flaws but watching and hearing myself I can hear where I made a mistake or actually see where my brain stops working for a minute. All thanks to CPM.

I know many people are probably screaming, “no it’s due from your alcoholism.” Only 2% of alcoholics get this rare condition. What my alcoholism did contribute to was my multiorgan failure, cognitive dysfunction, atrophy and my neuropat 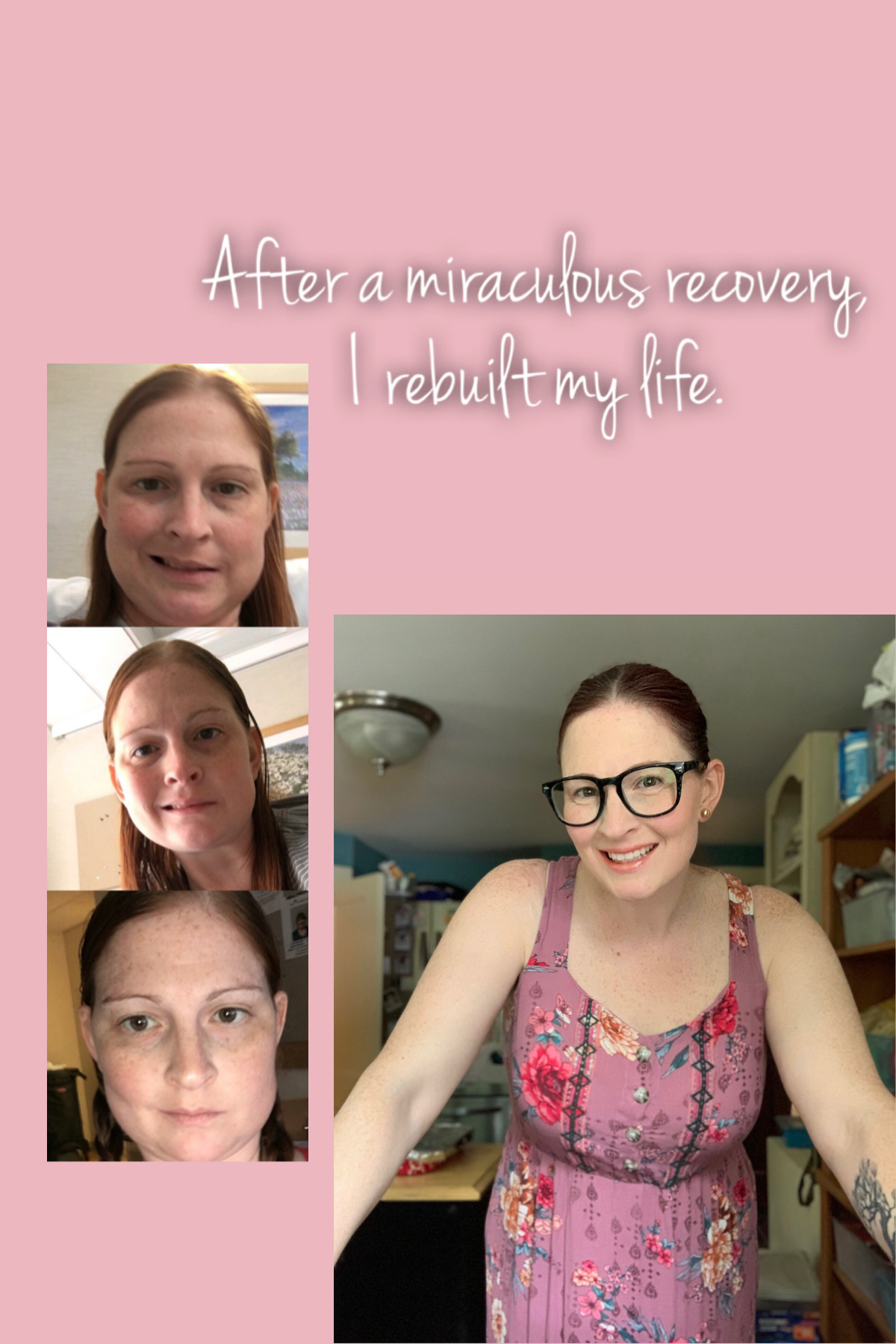 hy. The CPM only came after the doctors overdosed me with Sodium. That is a whole other different post.

All of this is in the background of me being me. Being my happy, bubbly self and running over words and laughing and forgetting what I was talking about. I embrace it, I learn from it. I definitely don’t shy away. But it is still an issue of my confidence speaking now. I took my power back!

After going through so many years of questioning myself, I started questioning how others perceived me. It’s a lonely world sometimes. I have definitely broken out of a barrier of sorts; I feel like I had on this armor: Maybe from years of self abuse, maybe from my victim mentality from my CPM, maybe playing victim from my alcoholism.

Every new path leads to a new road. I feel like that montage of Forest Gump running, where the metal brace pieces start falling off, although really that parody movie where the pieces keep falling. It’s like I’m continuously growing.

My speech is so much better, my thoughts are kind of catching up with my mouth, I still have that trouble word finding, but my brain works so fast (thanks ADHD) that another word gets out in its place and it’s not always the correct word. Oh well, it is what is.