I suffer from neuropathy. There’s no cure, and the meds that help treat the symptoms cause more damage than the actual disease. Call it a disease or a chronic condition, whatever you classify it as; it sucks! You don’t have good days or bad days, you have it everyday/all day with an occasional flare up. Thankfully, since going pharmafree and taking CBD oil I was able to get off ALL my meds (high blood pressure, migraines, myoclonus, depression and anxiety meds). I still noticed some discomfort

I started meditation and doing my own body scans; as well as performing reiki on myself (did you know I am certified in Reiki?) I noticed so much improvement, but I knew I could do more! So I changed my diet, I started eating cleaner and adding some major herbs (I am hoping to become a TCM practitioner soon). Turmeric is one of my favs!

Turmeric, a plant related to ginger, is grown throughout India, other parts of Asia, and Central America. Historically, turmeric has been used in Ayurvedic medicine, primarily in South Asia, for many conditions, including breathing problems, rheumatism, serious pain, and fatigue.

It Contains Bioactive Compounds With Powerful Medicinal Properties- Turmeric contains curcumin, a substance with powerful anti-inflammatory and antioxidant properties. Most studies used turmeric extracts that are standardized to include large amounts of curcumin.

Curcumin Is a Natural Anti-Inflammatory Compound- Chronic inflammation contributes to many common Western diseases. Curcumin can suppress many molecules known to play major roles in inflammation.

Turmeric Dramatically Increases the Antioxidant Capacity of the Body- Curcumin has powerful antioxidant effects. It neutralizes free radicals on its own but also stimulates your body's own antioxidant enzymes.

Curcumin Boosts Brain-Derived Neurotrophic Factor, Linked to Improved Brain Function and a Lower Risk of Brain Diseases- Curcumin boosts levels of the brain hormone BDNF, which increases the growth of new neurons and fights various degenerative processes in your brain.

Curcumin Lowers Your Risk of Heart Disease- Curcumin has beneficial effects on several factors known to play a role in heart disease. It improves the function of the endothelium and is a potent anti-inflammatory agent and antioxidant.

Curcumin May Be Useful in Preventing and Treating Alzheimer's Disease- Curcumin can cross the blood-brain barrier and has been shown to lead to various improvements in the pathological process of Alzheimer’s disease.

Arthritis Patients Respond Very Well to Curcumin Supplements- Arthritis is a common disorder characterized by joint inflammation. Many studies show that curcumin can help treat symptoms of arthritis and is in some cases more effective than anti-inflammatory drugs.

Studies show That Curcumin Has Incredible Benefits Against Depression- A study in 60 people with depression showed that curcumin was as effective as Prozac in alleviating symptoms of the condition.

Curcumin May Help Delay Aging and Fight Age-Related Chronic Diseases- Due to its many positive health effects, such as the potential to prevent heart disease, Alzheimer’s and cancer, curcumin may aid longevity.

The bottom line is Turmeric and especially its most active compound curcumin have many scientifically-proven health benefits, such as the potential to prevent heart disease, Alzheimer’s and cancer. It’s a potent anti-inflammatory and antioxidant and may also help improve symptoms of depression and arthritis. You can use it in almost any dish and make drinks out of it! They sell it in capsule form too! 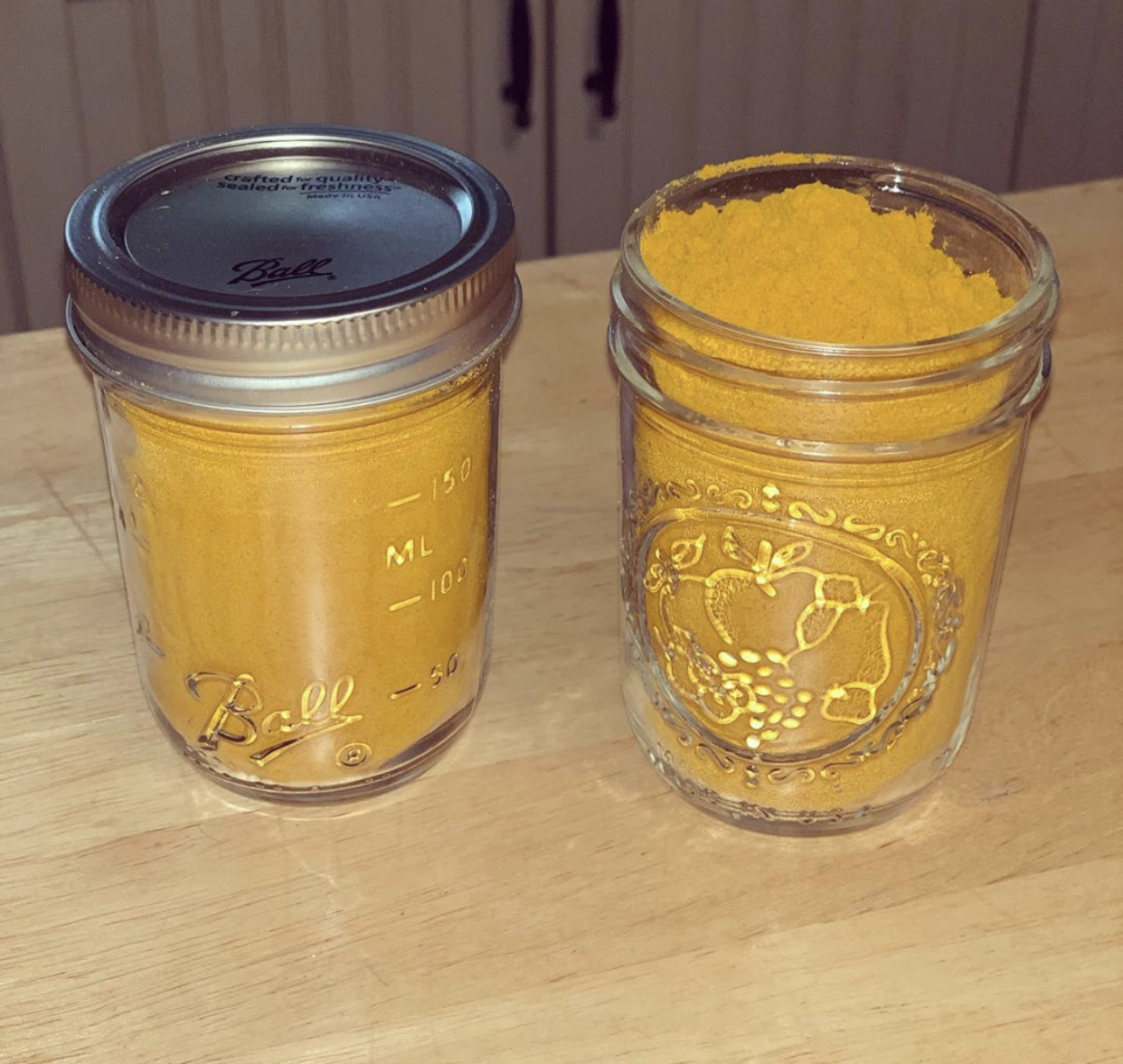